What Is The Marriage Allowance? 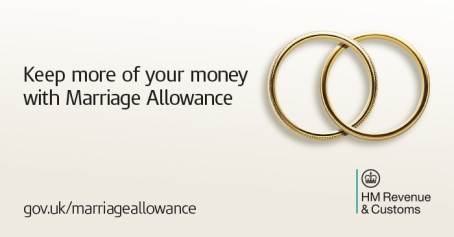 From 6 April 2015 an individual can elect to transfer 10% of their personal allowance (£1,100 for 2016/17) to their spouse or civil partner. The legislation calls this the ‘transferable tax allowance’ but it is more commonly referred to as the ‘marriage allowance’.

The transferee’s personal allowance is reduced by the amount ‘transferred’

In order to claim the marriage allowance you must:

The election to ‘transfer’ 10% of the personal allowance is made by the transferor and must be made within four years of the end of the relevant tax year.

Once made, the election remains in force until it is withdrawn, although the transferee cannot benefit from the tax reduction or the marriage or civil partnership comes to an end by divorce

The transferor can make the election using the online form on the Gov.uk website.